Classic Cars by Renucci is a small, privately owned company dedicated to producing a high-quality classic vehicle reproduction known as the CalSpyder®, using modern techniques and processes, many of which are drawn from the owner’s twenty five years’ experience in the international automotive industry.

The company was established in 2005 in Phoenix, Arizona and moved to Flagstaff in 2009. Production began on an updated and improved version of the CalSpyder, a re-creation inspired by sports cars of the early 1960s. The classic style takes its cues from several of the most popular European sports cars of the time including the cherry red convertible featured in the 1986 movie Ferris Bueller’s Day Off .

All CalSpyder projects are handled personally by key members of the company. The size of the team has been intentionally kept small to ensure that the handcrafted quality of the CalSpyder is maintained. A limited number of cars are produced each year. Although previously sold also as a kit, the CalSpyder is only available as a complete turnkey. 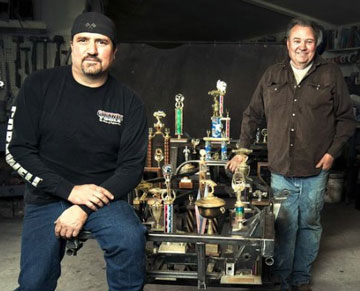 This father-son team has been working together since Rod (left) was ten years old, when they began building racecars. Their efforts have lead to a distinguished presence in oval track racing, having earned many trophies along the way.

The majority of CalSpyder construction is done ‘in-house’ including the body, chassis frame, fuel tank and more.

The team has implemented many of these automotive-industry standard processes into the CalSpyder design, development and assembly. For example, the company expends equal engineering effort on the quality and excellence of ‘under the surface’ components as it does on the exterior.

Because all those involved share the same enthusiasm for and dedication to the CalSpyder, these high engineering and build standards are consistently maintained.

As a final quality check, each completed CalSpyder is taken on a 100-mile ‘sign-off’ drive to ensure all components are performing correctly and to provide opportunity for any fine-tuning.

The final product reflects Renucci and his team’s engineering excellence, attention to detail, and craftsmanship. A full bumper-to-bumper warranty of 6 months or 6,000 miles is included. 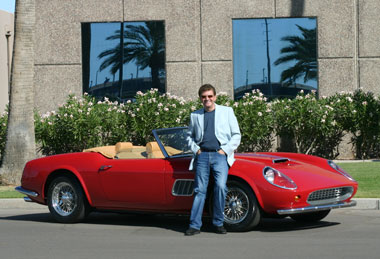 President & CEO
Mike Renucci, Ph.D.
Over 25 years’ experience in the International Auto Industry and a finely tuned sense of what the driving experience of an outstanding high performance sports car should be.

After leaving the University of Glasgow, “Dr. Mike” Renucci joined the UK motor industry, initially with Rover, then spent ten years at Jaguar Cars where he was Chief Engineer, Vehicle & Chassis Engineering. He led the vehicle engineering for the XJ8 Sedan and the XK8 sports car.

In 1995 (after Ford had purchased Jaguar) he moved to Ford North America where he held several executive positions until retiring at the end of 2004 as Director of Vehicle Engineering, Ford & Lincoln, North America.

With ambitions of running his own business, combined with his great affinity for European cars of the early sixties, Renucci founded Classic Cars by Renucci in 2005.

The company took over custom production of the CalSpyder, introducing a variety of engineering improvements and interior design features.

Renucci remains actively involved in the production of each car built.